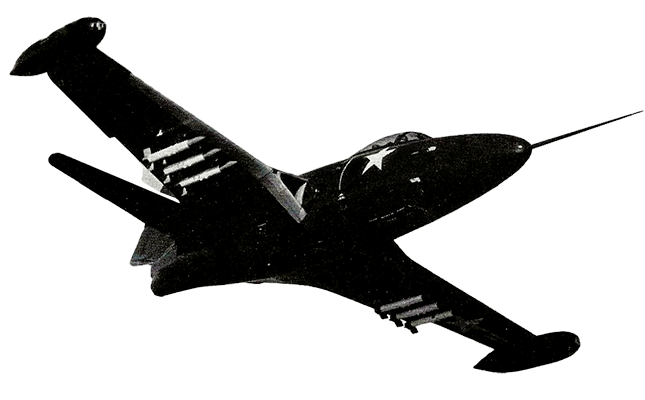 The influencer marketing boom really kicked into high-gear around 2016. The pace of growth and splintering of the market across platforms and within platforms continues to make it hard to invest smartly.

Almost a quarter of companies spend $10K – $50K USD on influencer marketing annually. Slightly more than a quarter spend $50 – $500K. Why such a close split on such a wide range?  Less than half of companies are not yet investing significantly.

Nearly half (49%) of marketers have allocated 11-50% of their budgets to Influencer Marketing. At the top, 17% have allocated HALF OF THEIR ENTIRE BUDGET TO INFLUENCER MARKETING. Reports show this going even higher in 2021. What does the top tier know that the others don’t?

Are you spending money on underperforming projects? We help you find clarity in this balancing act.

You’ve invested in video in-house and/or through service providers. You’ve published content on some mix of television, your brand’s YouTube channel, Facebook, Instagram, your website, and elsewhere. Though content on brand channels can be effective, is it the best investment? Even if your previous investments in video are “working”, would those dollars pay off bigger if spent a different way?

75% of purchase decisions over $600 are shaped by Influencers

A whopping 85% majority of business report difficulty in finding Influencer talent that aligns with their brand. What’s worse, this represents a 7% increase in difficulty over 2019. Considering almost half of of businesses haven’t yet jumped in the game, this trend looks to continue.

The specifics of Influencer characteristics varies company to company, but here are a common challenges:

are your media spends limiting ROI?
do your brand stories align with influencers?
Let's diagnose and optimize.

Almost every social media platform is modeled after ads. This is true for both image and video driven platforms. Let that sink in: The organic post formats used by the popular platforms directly map to legacy print, TV and radio formats.

We’d bet that a round of evil villain laughter exploded around at least one Silicon Valley boardroom table when the first person articulated the idea of getting all of the users on their platform to create free advertisements.

For marketers there are a couple important takeaways:

We see the old media pattern replicated when Influencers are advised to send out Media Kits styled after those of magazines and radio.

Platforms labeling organic posts ad formats “Stories” cheapens the term. It is possible and desirable to tell better stories in short-form content. However, our minds are more effectively transported into stories in longer durations. We’re used to short stories being delivered in 30 Minute bursts, not 30 Second bursts.

In the past few years we have seen two features only previously available in books take over visual mediums:

Both movies and streaming TV services have engrossed us by breaking the limits previously imposed by broadcast and cable TV. Movie franchises attempt to make this sound even bigger by setting their properties “universe”.

It’s hard to imagine, but almost every show on TV in the 90s had stories encapsulated within a single episode. Before DVRs, broadcasters couldn’t expect viewers to watch every week, so they tried to simplify things by producing standalone content. Larry David (on “Seinfeld” and later “Curb Your Enthusiasm”), along with others, began to intentionally weave layers into shows to increase audience engagement. Rather than be led by an audience, writers began to draw audiences in with long-term stories.

In the streaming age, complex characters are now involved in multi-threaded plot arcs within each episode, across each season, and spanning all seasons of a series.

There’s nothing magical about 30, 60 or 120 minute formats. There’s nothing inherently wrong with 15, 30 or 60 second formats. We all have different schedules and different levels of attention at different times. The value in understanding the interplay between story formats and ad formats is in transporting people into the kinds of stories they are open to.

“The internet is a series of tubes”. In tossing all the platforms and formats at the wall, a pattern begins to emerge. In recognizing the patterns from the old language of advertising which appear in the new digital language, we can bypass the gunk and pipe the energy into a unified flow.

are your messages intepreted as ads then ignored?
Let's invite people into a new world. 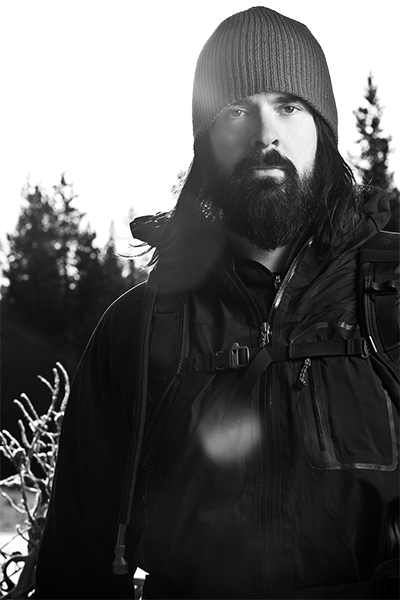 I got started on the client side in an industry in turmoil. Toward the beginning of the global financial crisis I was a marketing and brand Director in an industry heavily dependent on consumer credit. Tasked with managing a 5-figure monthly budget through the transition from print to digital, I lead a full company rebrand.

To pursue a lifelong dream, I left the city and moved aboard a sailboat in a small coastal town.

To exercise my creative curiosity, I then started and successfully ran JETATOMIC as a digital agency for three years.

Through that experience I learned I only wanted to work with others who enable people to live closer to nature. I closed shop and built a log cabin in the woods to  work remotely, dig in the trenches and earn perspective.

Research for a book project lead me to the development of a story world I used to Create and Produce a television series which sold to Discovery Channel.

While super proud of getting a TV show made, the muddled creative process of making a network show resulted in a product unrecognizable to my original vision.

I learned that to tell the stories I wanted to tell, I would have to break out of the paint-by-numbers television system.

With experience as a client and provider of marketing services, and content creator, my mind gravitated toward synthesis. In 2020, I rebooted JETATOMIC as a purposefully small consultancy to inject Brand story arcs into Influencer worlds

We work in an approachable way with founders and CMOs to connect your company with Influencers capable of creating worlds your customers want to live in. We orchestrate authentic bingeworthy content made possible by great brands.

Andrew will be your direct contact and trusted guide throughout this collaboration.

Our Story³ Framework for Influencer Marketing springs from 3 realms. It’s been said that “strategy is an informed opinion about winning”. These are the stones we use to hone ours.

The only source not mentioned previously is SCIENCE. We are big time nerds when it comes to theory. The intersection of scientific theory and practice provides the insight to continuously adapt to what’s now and what’s next. We see it as our duty to our clients to learn from what has worked and failed for others. We use academic research to generate new ideas and to mitigate risk.

The realms of marketing PRACTITIONER and story world CREATORS are also crucial. Experiences in these realms further inform our opinions and derive effective strategies for the process from Influencer matching to campaign design and implementation.

It’s trendy to talk about story through the “Hero’s Journey” lens – and deservedly so; it provides a robust framework for architecting stories.

But who is the hero in our stories? It’s tempting to make our brands the HERO of the story. Stories develop gravity when viewers can project themselves into the HERO’s perspective. We want to enable their stories, not compete with them.

Many schools teach us to become the GUIDE in our brand stories. Think of Yoda or Obi Wan Kenobi guiding Luke along the path to Jedi mastery. Think of Gandalf looking over Frodo. There is massive power in being seen as the GUIDE. But if the brand is the GUIDE, what role is left for the Influencer?

Your brand must be the TALISMAN.

The TALISMAN is the object – imbued with Magic and Power – which enables the HERO hero to achieve their Destiny. In Joseph Campbell’s “Hero’s Journey” framework, the TALISMAN is often given to the HERO by the GUIDE.

Great brands are those which create the TALISMAN. Average brands make the sandals nobody remembers Luke or Frodo wearing. If your brand creates the magic, you’re our kind of people.

The GUIDE, Obi Wan, gives Luke his TALISMAN – the lightsaber – which enables his Destiny of becoming a Jedi. It accompanies him on the entire journey, and always provides Power in dark moments.

Bilbo acquires The One Ring from Gollum, who later becomes Frodo’s GUIDE. The TALISMAN is a constantly felt presence, and is part of every key plot point.

In the Story³ Framework, the Influencer plays the role of the GUIDE. Ultimately, the Magic and Power and Destiny do not belong to the GUIDE. Obi Wan was merely a conduit passing Anakin’s lightsaber to Luke. Gollum learned the ring’s Power through use.

Brands must allow Influencers to wield the brand’s Magic. They must enable the GUIDE to  understand and feel the TALISMAN’s Power. Only then can they fully demonstrate this Power to the HERO as they transfer the Magic to its rightful owner. The appropriate audience will resonate with the potential of the Magic. They will imagine new ways to use it, and seek to bring its Power into their own story. In this way, the Influencer acts directly as a GUIDE to the HERO.

Theories about why we’re so attracted to story usually focus on the transfer of social information and warnings about danger. While these are certainly crucial, these functions do not explain the stories which run through our minds when we’re alone.

We live inside the stories which live in our minds. We feel disharmony when our lives are inconsistent with those stories. We may at times be carried away by stories we could never attain, but the real power is stories with possibility – the possibility of living better stories – living the stories we believe to be our Destiny.

We want to be HEROES of our stories. We are constantly on the hunt for the Magic of an undiscovered TALISMAN.

Let’s connect the Power your company has imbued in the TALISMAN to a GUIDE. Let’s make some HEROES. Those HEROES will tell others, and the STORY WORLD will expand. 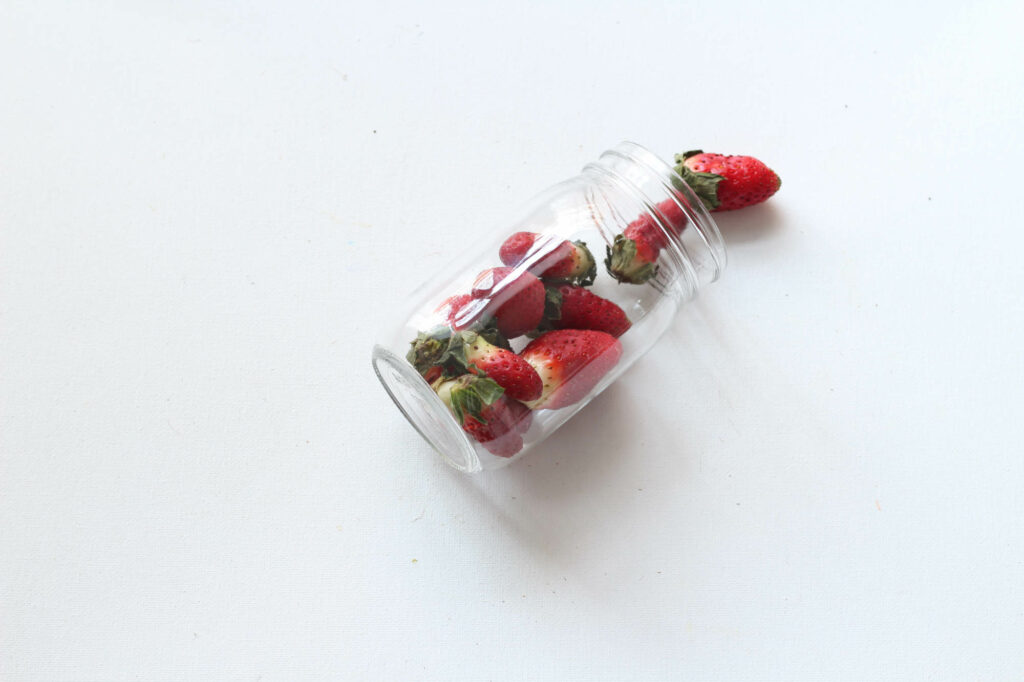